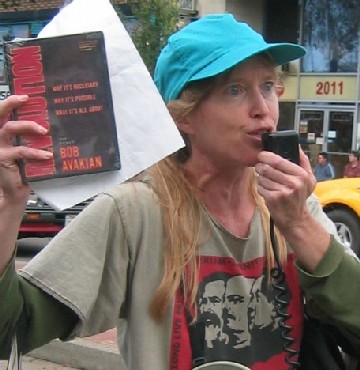 George Orwell was a complex individual whose political ideology is difficult to precisely define. His writings have been usurped and his statements rehashed by countless polemicists on the left and right. His most well-known works—Animal Farm and 1984—describe dystopian worlds where the state has sublimated the individual. Orwell was a British imperial civil-servant in Burma, a volunteer in the international struggle against Spanish fascism and a propagandist for the U.K. during WWII. He was also a socialist. These experiences influenced his perception of political events and his writings about these events.

After the Bolshevik Revolution in 1917, left-wing activists and authors flocked to the insurgent Soviet Union to view the accomplishments of the revolution first-hand. John Reed is the most well known but numerous authors, intellectuals and journalists made their way to the USSR. A few were not pleased with what they saw.

In the U.K., a distinctly anti-Leninist, democratic socialist milieu allowed the space for critique of capitalism and Soviet totalitarianism. In addition to democratic socialists like Orwell, anarchists including Emma Goldman, Alexander Berkman and Vsevolod Mikhailovich Eichenbaum (“Voline“) penned numerous articles, pamphlets and books decrying the emergence of a totalitarian regime in Russia (Voline’s, The Persecutions of the Anarchists in Soviet Russia, was published in 1922 [?], Goldman’s My Disillusionment in Russia in 1923, Berkman’s The Bolshevik Myth in 1925.)

Lenin thought so highly of Western apologists for the Soviet Union that he evidently coined a term for them, “useful idiots,” while Communists in the West were deemed “fellow travelers.” Both groups provided intellectual, moral and material support to totalitarians: the former unwittingly, the latter willingly. Those in the socialist camp who disagreed with Lenin were denigrated as “infantile leftists” just as Marx had belittled his libertarian opponents as “utopian.”

Orwell’s experiences in Spain led him to be highly critical of Stalinism. When he returned to the U.K. he wondered why relatively wealthy people who enjoyed economic and political freedom would support radical ideologies that would render both individual wealth and human freedom an impossibility. His personal experiences led him to write Homage to Catalonia (1938) while his concern with the broader questions of totalitarianism and democracy led him to write both Animal Farm (1946) and 1984 (1949).

For Orwell, the obvious threat was totalitarianism in both its left and right wing guises. Concurrently, he felt that British passivity in the face of Nazism amounted to appeasement: “Appeasement is like feeding a crocodile in the hope that he will eat you last.” In Orwell’s time, most of the opposition to fighting Nazism was emanating from British pacifists and Communists. In an essay titled “Pacifism and the War” he argues that pacifism in the face of fascist aggression is pro-fascist, “Pacifism is objectively pro-Fascist. This is elementary common sense. If you hamper the war effort of one side you
automatically help that of the other. Nor is there any real way of remaining outside such a war as the present one…”

Orwell’s critics remarked that “according to this type of reasoning, a German or Japanese pacifist would be ‘objectively pro-British.’”

What was Orwell’s reply?

“[O]f course it would be! That is why pacifist activities are not permitted in those countries (in both of them the penalty is, or can be, beheading) while both the Germans and the Japanese do all they can to encourage the spread of fascism in Britain and American territories…In so far as it takes effect at all, pacifist propaganda can only be effective against those countries where a certain amount of freedom of speech is permitted; in other words it is helpful to totalitarianism.”

For Orwell, such reasoning is the result of a “bourgeois illusion bred of money and security.” Orwell did not disparage middle-class Englishmen who supported a military power that sought to destroy them and their way of life. To the contrary, he supported their right to free speech. However, he was incensed by the “intellectual cowardice” of those who were objectively—if not actually—pro-fascist but ignored this intellectual linkage and instead took “refuge behind the formula ‘I am just as anti-fascist as anyone but…’” Today, the extreme left doesn’t even bother claiming, “I do not support Islamist extremists but…” Instead, they call for victory by the “resistance”.

In a similar fashion, some who support the GWOT —particularly those on the right—have been claiming that those who voice their opposition to the current war are appeasers of Islamic fascism. To a certain extent, I agree. However, I think a more apt analogy than appeasers would be “fellow travelers” or “useful idiots.” The appeaser believes that the best way to ensure international peace—or at least peace in his neck of the woods—is to allow totalitarians to oppress their own domestic populations.

The useful idiot and fellow traveler, by contrast, truly believe that western capitalist democracies are qualitatively and quantitatively worse than authoritarian or totalitarian regimes. Mention political prisoners in the PRC and they bring up Guantanamo. Mention the hundreds of thousands killed in a Darfur and they bring up police misconduct in the inner cities. Mention kangaroo courts in Cuba and they bring up Lynne Stuart. And so it goes…

By the 1960s, the New Left was burned out on Soviet-style totalitarianism and became enticed by the national liberation struggles occurring in the Third World. Organizations like the Beider-Menhoff gang/Red Army Faction (RAF) in Germany and Revolutionary Cells in Italy engaged in terrorism against democratic states they denigrated as “fascist.” At the same time the German RAF supported Palestinian terrorists in their murders of Israelis at home (Munich, 1972) and abroad (Entebbe, 1976).

Like Lenin and the Communists—from the Russian Revolution until the collapse of the USSR in the 1990s—Islamists have their contingents of useful idiots and fellow travelers in the halls of academia and the press. Granted, the situation in the US is not nearly as bad as in Europe. However, the familiar knee-jerk anti-American rhetoric of Noam Chomsky and Arundati Roy has crept into mainstream political discourse. Today, people like Chomsky, Roy, Michael Moore, Tariq Ali and Alexander Cockburn may best be described as the lslamists useful idiots and fellow travelers. Moore is a particularly easy target, “The Iraqis who have risen up against the occupation are not “insurgents” or “terrorists” or “The Enemy.” They are the REVOLUTION, the Minutemen, and their numbers will grow — and they will win.”

And of course there are no lack of pundits on the far left—Cockburn, Ward Churchill—who claim that America got what it deserved in the terrorist attacks on September 11, 2001. London’s useful idiots and fellow travelers are making similar claims today. Never mind the fact that a majority of the victims in both attacks were working class folks and that a good percentage of those murdered were immigrants or people of color.

While he may not have recognized its importance at the time, Orwell—and the UK in general—was privileged in having a libertarian, anti-Leninist, socialist tradition. This led some socialists and most anarchists to have a healthy dose of skepticism when the Bolsheviks were victorious in Russia. By the time The Bolshevik Myth and My Disillusionment in Russia were published, one would be hard-pressed to find any anarchist who empathized with the revolutionary vision of the Bolsheviks. For the socialists it would take a bit more than the polemics of disenchanted anarchists. But when Hitler began the Blitz and the bombs started raining down on London only the most suicidal would claim that the best policy was neutrality in the face of fascist aggression.

One wonders where the anarchists and other libertarian socialists are today? Yes there are some voices of reason, Paul Berman, the Eustonites, the writers at Democratiya and a few other places. What’s most interesting is the visibility of intellectuals who experienced totalitarianism first-hand and their perceptions of the current war against Islamic totalitarianism. Most of these individuals support it.

Of course one can see the left-wing anarchists at the rallies and demonstrations organized by the totalitarian left. One can read their polemics against American imperialism and transnational capitalism. However, when it comes to Islamist imperialism and transnational terrorism–i.e actually existing totalitarianism–the silence is deafening. Where are the Goldmans, the Berkmans, the Volines of today?