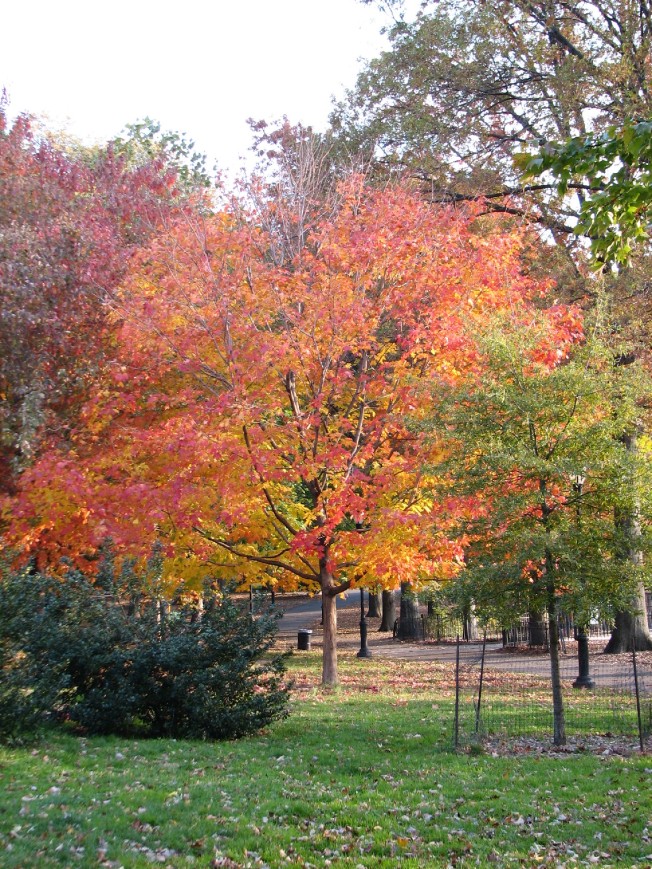 Fall is one of my favorite seasons in NYC. I have been noticing the leaves changing color on my daily dog walks through the park. The color shift starts off with the yellows and gradually moves towards orange tones and eventually red. Every day I make a mental note to take a few pictures before it is too late but I never manage to stuff the camera in my pocket before the dog and I are out the door. I finally remembered.

I removed some of the old links on the left side of the page and added some new ones (Your Friend in the North, Standpoint and Left Hawk). You probably read the New York Sun published their last newspaper earlier in the month. I’ll keep the link as long as the website remains active.

Here is a selection of posts from various blogs:

Arms and Influence on the debates between Bing West, Nir Rosen and others regarding the role of journalists in war.

Bob from Brockley provides a roundup of items from Labourstart

Elder of Ziyon reports on Egypt’s Siege of Gaza

Edward Lucas (Standpoint) asks What Should We Do About Russia?

Sultan Knish ponders Where is All That White Liberal Anger Coming From?