Happy Purim! Excerpt below from the Jewish Virtual Library:

The story of Purim is told in the Biblical book of Esther. The heroes of the story are Esther, a beautiful young Jewish woman living in Persia, and her cousin Mordecai, who raised her as if she were his daughter. Esther was taken to the house of Ahasuerus, King of Persia, to become part of his harem, and he loved her more than his other women and made her queen. But the king did not know that Esther was a Jew, because Mordecai told her not to reveal her nationality.

The villain of the story is Haman, an arrogant, egotistical advisor to the king. Haman hated Mordecai because Mordecai refused to bow down to Haman, so Haman plotted to destroy the Jewish people. In a speech that is all too familiar to Jews, Haman told the king, “There is a certain people scattered abroad and dispersed among the peoples in all the provinces of thy kingdom; and their laws are diverse from those of every people; neither keep they the king’s laws; therefore it does not profit the king to suffer them.” Esther 3:8. The king gave the fate of the Jewish people to Haman, to do as he pleased to them. Haman planned to exterminate all of the Jews.

Well, that’s not exactly the way things went down…

Mordecai persuaded Esther to speak to the king on behalf of the Jewish people. This was a dangerous thing for Esther to do, because anyone who came into the king’s presence without being summoned could be put to death, and she had not been summoned. Esther fasted for three days to prepare herself, then went into the king. He welcomed her. Later, she told him of Haman’s plot against her people. The Jewish people were saved, and Haman was hanged on the gallows that had been prepared for Mordecai.

Yeah, more Baby Cakes. Hope you enjoy it as much as I did:

Well, not really snowed in the sense of being trapped. But work is closed and the baby is asleep so I finally have a chance to link to some folks who have more time to explain what is happening in the world today than I do…know what I mean?

Bob from Brockley on Marxism and Moonbattery

But, I am a Liberal! has a post on the protest by Islamist extremists against the appearence of Israeli Ambassador to the U.S., Michael Oren at the University of California, Irvine.

Elder of Ziyon brings up the matter of those who claim, “Israel has the right to defend itself…BUT“. You know the type.

Flesh is Grass provides another post on Gita Shahal

Long War Journal’s Bill Rogio has lots of good news: Mullah Baradar, the deputy commander of the Afghan Taliban is captured; Sheikh Mansoor, a senior al Qaeda leader operating in North Warziristan is killed; and, “Qari Mohammad Zafar, the operational commander of the Fedayeen-i-Islam, is reported to have been killed in a US airstrike in the village of Danda Darpa Khel.”

Poumista provides a nice roundup of some interesting material

Snoop takes a swipe lands a haymaker on the “Intifada girl“.

Sultan Knish asks “Can We Defeat Terrorists Without Defeating Terrorism“? I think you know his answer…

Check out the podcasts available via the George L. Mosse Program in History at the University of Wisconsin. I  look forward to listening to Lecture 28 on millenarian socialism, French socialism and social-democratic socialism.

[Photo taken in 2003 by Adalberto Roque for AFP]

This extremely sad news comes from the Miami Herald:

A jailed Cuban dissident on a hunger strike for 83 days died Tuesday, his mother reported, the first time in nearly 40 years that an island activist starved himself to death to protest government abuses.

It was the first time an opponent of the communist government died during a hunger strike since the 1972 death in prison of Pedro Luis Boitel, a poet and student leader who fought against both the Fulgencio Batista and Fidel Castro dictatorships.

Orlando Zapata Tamayo, a 42-year-old plumber and bricklayer, stopped eating solid food Dec. 3 to protest what he described as repeated beatings by guards and many other abuses at his Kilo 7 prison in the eastern province of Camagüey.

Active in several dissident organizations, he had been arrested in 2003 amid a government crackdown that sentenced 75 government critics to lengthy prison terms, and Amnesty International declared him a “prisoner of conscience.”

Initially charged with contempt, public disorder and “disobedience” and sentenced to three years, he was convicted of other acts of defiance while in prison, and by the time of his death faced a total of 36 years in prison.

“They have assassinated Orlando Zapata Tamayo. My son’s death has been a premediated murder,” Reina Luisa Tamayo told El Nuevo Herald, referring to government authorities. “They managed to do what they wanted. They ended the life of a fighter for human rights.”

Cuba’s government-controlled news media did not immediately report the death, and the spokesman for the Cuban diplomatic mission in Washington could not be reached for comment.

An increased police presence was reported in the streets of several Cuban cities Tuesday, possibly to avert protests in favor of Zapata, according to the Cuban Democratic Directorate, a Miami group that supports dissidents on the island.

Zapata’s case sparked several street protests by government critics earlier this month, including one during which police in Camagüey detained some 35 people for several hours. The detainees later complained that some of them were beaten during the roundups.

Orlando Zapata Tamayo, a valiant defender of the liberty of the Cuban people, died today, murdered by the Castro regime which refused to guarantee respect for his basic rights. An Amnesty International prisoner of conscience, Zapata Tamayo engaged in a hunger strike of over 80 days to demand such a guarantee and to protest against terrible mistreatment he suffered in the Communist regime’s prisons, including brutal beatings. Zapata Tamayo, who will be remembered as a giant of the Cuban resistance, had been unjustly imprisoned since March 20, 2003.

“The abuses committed against Orlando Zapata Tamayo prove that torture and terror are inflicted upon the Cuban people are official policy under the Castro regime. His death is evidence of the practice of state terrorism,” stated Janisset Rivero, Adjunct National Secretary of the Cuban Democratic Directorate.

In October, 2009, Zapata Tamayo was brutally beaten by military personnel at Holguin provincial prison, causing an internal hematoma in his head so severe that Zapata Tamayo had to undergo surgery. He began his hunger strike on December 3, 2009, at Kilo 8 prison in Camagüey, classified in Cuba as employing a “maximum severity” prison regime. For 18 days, Major Filiberto Hernández Luis, the prison’s director, denied Zapata Tamayo drinking water, the only thing he was ingesting during the strike. The effect of this act of torture was to induce kidney failure. In mid-January, he was transferred to Amalia Simoni Hospital in the city of Camagüey, where he was left to languish nearly completely nude under intense air conditioning, causing him to contract pneumonia. Despite his critical health condition, the regime transferred him to the hospital at Combinado del Este prison, which did not have the equipment and conditions necessary to treat him.

The Cuban Democratic Directorate also underlines that this crime joins a long list of atrocities committed by the Castro brothers which include thousands of executions by firing squad and countless cases of unjust imprisonment of Cuban citizens.

Additionally, Cuban prisoners of conscience Ariel Sigler Amaya and Normando Hernández González are also unjustly imprisoned and in terrible health. Their cases require prompt support and solidarity from Cubans around the world and the international community.

“They finally murdered Orlando Zapata Tamayo. They finally finished him. My son’s death has been a premeditated murder. I thank all of those brothers who struggled not to allow my son to die. There has been another Pedro Luis Boitel in Cuba,” stated Reina Tamayo Danger to the Cuban Democratic Directorate. Boitel was a Cuban student leader who was unjustly imprisoned by the Castro regime and died after a prolonged hunger strike in 1972.

The Cuban Democratic Directorate condemns this horrendous crime. We raise our voice to call for the condemnation of the Raúl Castro regime and those directly responsible for the death of this human rights defender for committing this crime against humanity.

Zapata Tamayo’s death will not be in vain. It will illuminate the path of Cuba’s civic resistance until the Cuban people achieve their freedom.

As soon as I found out a disgruntled man had flown his small airplane into an Internal Revenue Service (IRS) office in Austin, Texas I knew what the response from the pundit class would be: let’s blame the Tea Party Movement! However, when we look what the perpetrator had to say, in his own words, a reasonable person cannot come to that conclusion.

In a rambling and not entirely coherent explanation for his actions, Joseph Stack blamed a variety of nefarious forces for what he was about to do. Everyone from the federal government (including President George W. Bush), to corporations, to trade unions, to the medical establishment and even the Catholic Church were fingered. But the greatest culprit was the tax man, the IRS.

For example, Clarence Page at the Chicago Tribune writes, “In his one-man, all-directional fury he sounds like a one-man walking tea party rally.”  Chris Rovzar at New York Magazine agrees, “a lot of his rhetoric could have been taken directly from a handwritten sign at a tea party rally.” While Dan Turner at the L.A. Times opines, “his rhetoric resembles that of a very powerful political movement in the United States: the ‘tea party” crew'”.

Jonathan Capehart at the Washington Post is bit more nuanced, though not much:

There’s no information yet on whether he was involved in any anti-government groups or whether he was a lone wolf. But after reading his 34-paragraph screed, I am struck by how his alienation is similar to that we’re hearing from the extreme elements of the Tea Party movement.

But what Stack’s manifesto actually say? Yes, there is plenty of vitriol for the IRS but that isn’t all. A close reading–actually, even a superficial reading–reveals Stack’s willingness to borrow tropes from the paranoid right who regularly rail against the excesses of “big government” but there is also a strong element of the paranoid left who see corporations as a source of evil in the world at play as well. In fact, his last two lines would tell anyone who is interested that this man was definitely not affiliated with the Tea Party movement:

As is well known to anyone paying even the slightest attention to the rallies and rhetoic of the Tea Partiers, one thing immediately aparent about their brand of  right-wing populism is steadfast support for capitalism and their reluctance to crtique it. They would never write a sentence like the one above. But who cares? It’s much easier to blame the Tea Partiers than admit we live in a country with two lunatic fringes, on the extreme right and the extreme left. 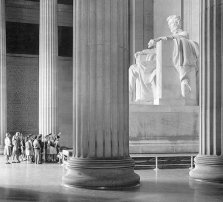 Do you know Baby Cakes? If not, here is an introduction. Baby Cakes and his pop in a group therapy session: