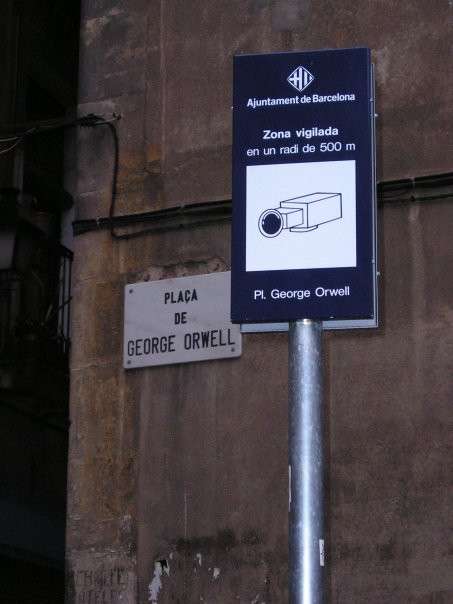 [H/t to Poumista for the image]

It’s been a busy Monday – Saturday. My son celebrated his first birthday, guests were in town, and I had to grade some finals as well. This has left much less time for blogging but why not take a look at what these other fine blogs have to offer:

Airforce Amazons’ “Purple Fingers” explores the use of the symbol of the purple finger by Take Back Parliament activists and asks, “Will the purple campaigners also be marching in support of democracy in Iraq, Afghanistan and Iran?”

Claire Berlinsky(City Journal) discusses what she describes as “A Hidden History of Evil” located in unread Soviet Archives. She writes:

In the world’s collective consciousness, the word “Nazi” is synonymous with evil. It is widely understood that the Nazis’ ideology—nationalism, anti-Semitism, the autarkic ethnic state, the Führer principle—led directly to the furnaces of Auschwitz. It is not nearly as well understood that Communism led just as inexorably, everywhere on the globe where it was applied, to starvation, torture, and slave-labor camps. Nor is it widely acknowledged that Communism was responsible for the deaths of some 150 million human beings during the twentieth century. The world remains inexplicably indifferent and uncurious about the deadliest ideology in history.

Ron Radosh finds “nothing exceptional about this argument,” and notes:

Indeed, these points are the entire basis of the famous The Black Book of Communism published in 1997 in France and two years later in the United States, and the major book by the late Francois Furet, The Passing of an Illusion:The Idea of Communism in the Twentieth Century, a best seller in France that was translated into thirteen languages and published in our country in 2000.  And in her Pulitzer Prize winning book, Gulag:A History, Anne Applebaum addresses herself to the very issue of why the Soviet camps did not make the same impact on the West as those which killed the Jews in the Nazi Holocaust. The message of these three books and others like it may not be “widely acknowledged” by some on the Left, but enough has been written to leave few others with any excuses by now not to know the truth.

Communism saw no Nuremberg trials, and the world Left continued to argue that there was an essential difference between Communism and Nazism: the former supposedly emerged from Enlightenment philosophy and a well-meaning search for a more humanitarian and equal social order for the people of the world; the latter emerged from volkish ideology, espousal of war as a philosophy, and the espousal of evil and extermination of the Jewish people as a necessary basis for a new Aryan order. One could argue that in fact, Communism and its leaders killed more people numerically than Hitler’s fascist order. But no matter, the Left believes that anti-fascism was essential for progress, while anti-Communism was morally and politically wrong.

Bob from Brockley has lots of posts on the recent UK election.

But, I am a Liberal! provides a roundup of his own.

Flesh is Grass reports the Iranian Kurdish dissident and teacher Farzad Kamangar has been exectuted.

Martin in the Margins on Israel refusing to allow Noam Chomsky to enter the West Bank.

Poumista links to posts covering everything from Anarchism versus Marxism to Gentrification in Baltimore and Barcelona.

Michael Totten has another piece on Hezbollah at Contentions.